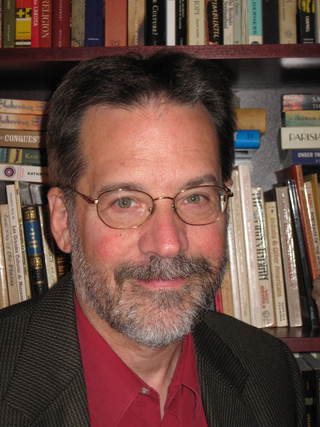 Philip Burnham is a free-lance journalist/historian based in Albuquerque, New Mexico. His work concentrates on Native American studies and public history.

Burnham taught for several years on the Rosebud Sioux Reservation in South Dakota; was a correspondent for Indian Country Today; has lived and worked in London, Paris, and Dakar, Senegal; and has published numerous books and articles for presses and publications across the country.  He has published in American Heritage, The Washington Post, MHQ, Transition, Emerge, The Columbia Journalism Review, and other publications.

In 2005 Burnham was awarded a grant from the Fund for Investigative Journalism to research the story of Indian-owned lands taken by the government for military purposes during World War II which were never returned.  In 2007 the Fund awarded him another grant to investigate the relationship between Colonial Williamsburg and the local African-American community.

Burnham is the author of How the Other Half Lived: A People's Guide to American Historic Sites (1995), a critical look at the public history of American minority groups; Indian Country, God's Country: Native Americans and the National Parks (2000), an exposé of how America's public lands were wrested from North American tribes; So Far From Dixie: Confederates in Yankee Prisons (2003), a narrative account of Civil War confinement; and Song of Dewey Beard: Last Survivor of the Little Bighorn (2014), the biography of a Lakota man who rode with "Buffalo Bill" Cody's Wild West show; fought at both the Little Bighorn battle and Wounded Knee massacre; acted in Hollywood films; and later advocated for the return of land and payment of reparations to the Lakota people.

Song of Dewey Beard received the Spur Award for Best Biography of 2015 from the Western Writers of America.

In 2021, Burnham was awarded the Herbert S. Schell Award from the South Dakota State Historical Society for his essay "'We Consider Ourselves Human Beings': The Education of Clarence Three Stars."

Burnham taught college-level writing, literature, and history at the University of New Mexico, the University of Massachusetts (Amherst), Sinte Gleska University, Johns Hopkins University, and, as a Fulbright fellow, at Cheikh Anta Diop University in Dakar. He has done archival research in public and private collections throughout the U.S. and in various other countries.  In 2019 he retired as an Associate Professor of composition at George Mason University in Fairfax, Virginia.